Jon Freier may be known for playing a very big role at T-Mobile as the company’s EVP of Consumer Markets, but ask him what has motivated him to succeed in his field and he’ll tell you it’s his very small-town upbringing.

"I grew up in the vast oil fields of West Texas in a small town called Odessa," says Freier, who got his start in wireless in 1994 and has been with T-Mobile since the company formed in 2001 (astute Friday Night Lights fans may also recognize Odessa as the town from which the high school football crazed story is based on). "I've seen first-hand the economic challenges that many rural Americans are struggling with and I know how investments in technology can lead to opportunity, job creation and keeping people rooted in the communities they love."

And while serving these smaller markets and rural areas is close to this Texas native's heart, it's also an important moment in T-Mobile's commitment to small-town and rural markets, Freier notes.

"For far too long, smaller towns and rural areas across the country have been under-resourced and underserved by all wireless and internet companies," he explains. "Not many people know this, but smaller markets and rural areas throughout the United States represent the largest geographic segment of the consumer market - it's roughly 50 million consumer households, or around 130 million people!" 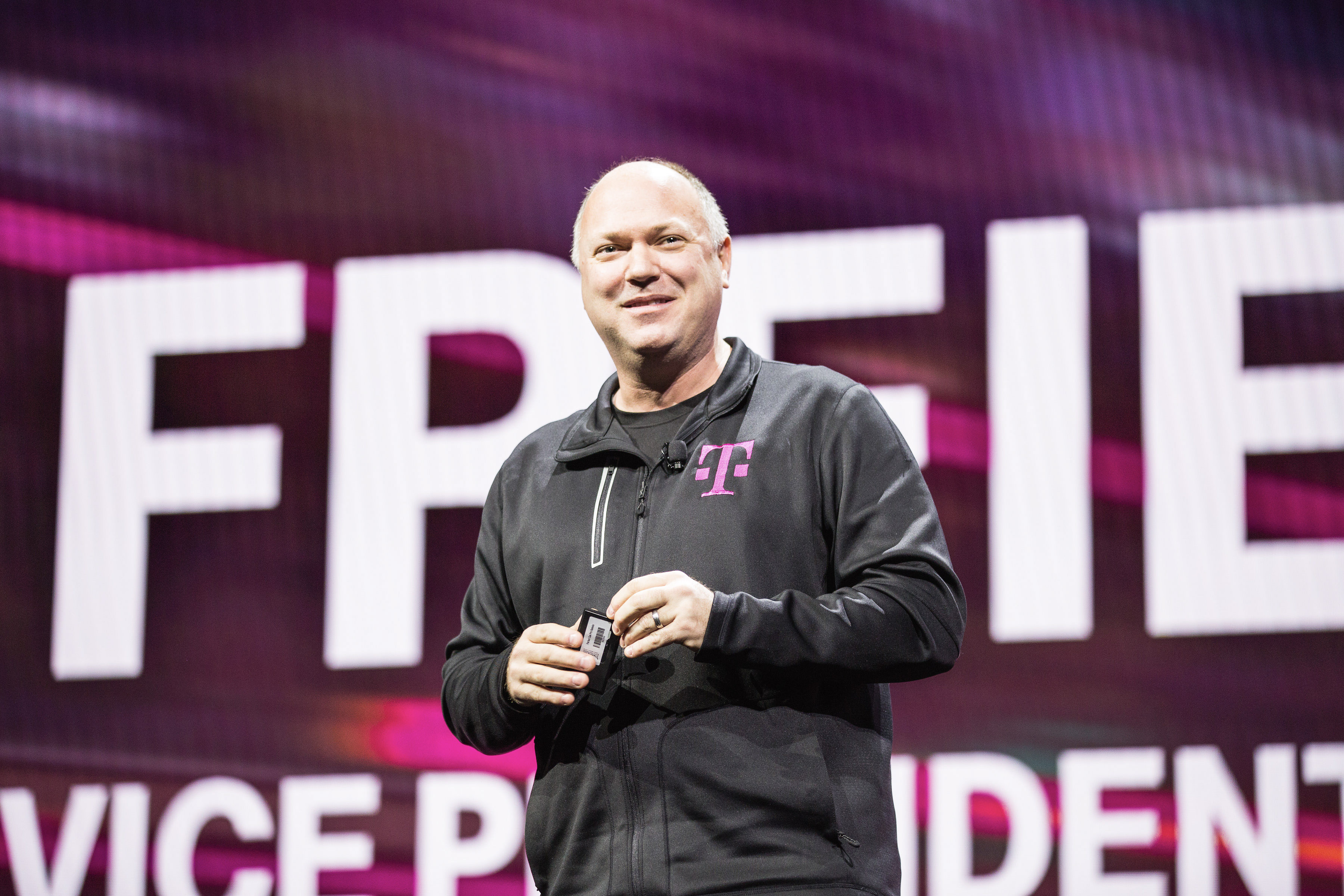 Thankfully, Freier and his fellow leaders at the company say they have a plan to make sure these communities are getting the service they've been long overdue.

The company recently announced T-Mobile Hometown, with new services and investments meant to create thousands of jobs, bring billions in new investments and much needed internet connectivity — including 5G — to rural communities.

"We are committed to creating 7,500 new jobs in rural America over the next couple of years," says Freier. "5,000 of those jobs will be in the hundreds of new stores we plan to open in small towns."

This investment is already being felt by some of T-Mobile's most recent new store openings in rural areas like Brownwood, another small Texas town.

"What we're doing as a company, putting our stores in these rural areas and rural markets … it's doing a lot for the communities and for the people who are able to come and be part of our family," says Brownwood retail manager Adam Peoples. "That's one thing I'm extremely happy to be part of and excited about."

Peoples' Brownwood location is an example of the hundreds of new stores T-Mobile is focusing on opening in small towns over the next few years where the company aims to invest in the people and local businesses that make up the heart and soul of America.

"When I came to Brownwood it was easy to see that the community was really in need of additional options, some additional service providers," explains Peoples. "I remember training my staff here in the store before we opened and people kept coming and let me know immediately some of the frustrations they were having."

Peoples and his team have become very popular in Brownwood, their town of 20,000 people, and it's no surprise, really. After the store's grand opening in February, they've been introducing the company's award-winning 5G network to many who they say previously couldn't dream of having that kind of coverage and service.

"Brownwood is a small town here in the heart of Texas," says Mobile Expert Olithios Blaine, "but AT&T has had control basically my entire life. People were coming to our store asking when we would open because of the 5G here. I'm great with technology and even I was surprised T-Mobile brought 5G here. One thing about small towns like this is when things are good they're usually very expensive and people love how 5G is included in our plans."

For much of the company's history, T-Mobile has primarily been delivering wireless service to households and businesses in urban America, simply because it didn't have the spectrum to carry voice, text and data from one phone to the other in suburban and rural locations. But over the past seven years, T-Mobile has been on a mission to acquire more spectrum to reach all corners of the country. Culminating with the merger between T-Mobile and Sprint last year, the Un-carrier now has the largest, fastest and most reliable 5G network in the country according to umlaut*, covering 287 million people across 1.6 million square miles, 1.45 million of those In rural America — nearly 2.5 times the geographic coverage of AT&T and more than 4 times the rural reach of Verizon. And by the end of 2021, T-Mobile plans to cover 200 million people with its Ultra Capacity 5G network, which can deliver download speeds of around 300 Mbps and peak speeds up to 1 Gbps.

"We're bringing real choice to America," says Freier, "because when we say '5G for all,' we mean it!"

Many of the Brownwood, Texas employees say they're excited to be part of the company's decision to maintain a brick-and-mortar presence in a digital-first world. While T-Mobile has put a laser focus on creating a seamless digital experience for customers, Peoples says in small towns like Brownwood, in-person customer service has been in high demand.

"I think it's still important for customers to have an in-depth retail experience," explains Peoples, noting the current health safety guidelines the store follows, like social distancing and mask-wearing, "but the brick-and-mortar locations are the cornerstone of our business. Customers are coming into our stores because of the experience they get here."

Peoples says this push to bring more stores like his to less-served rural areas also makes him feel part of the greater plan to help those in need of better connectivity and more employment opportunities, something Freier has made a personal mission.

"I definitely admire Jon Freier's story," Peoples says. "I remember him telling a story about working at a small kiosk and some of the challenges he faced being from a small town. I love the fact that at T-Mobile we get to spearhead bringing rural communities into the fold of what T-Mobile has to offer and not just from a customer perspective, but also from an employee perspective. I think what we're doing is showing people there are opportunities and you can grow in a smaller city."

And Brownwood’s local lawmakers are welcoming that investment in their community with open arms.

"With the opening of a T-Mobile location in Brownwood, it will increase jobs in the Brownwood Area," said Kim Springfield, Director of Member Services, Brownwood Area Chamber of Commerce. "We are excited to have them."

Though no one is more excited than Peoples himself.

"I'm excited to help my employees whether they want to be in small cities or they want to expand their careers and go to bigger cities or whether they just want to feel like they have opportunities here for their friends, their significant others and their children," he says. "I think that T-Mobile is the beginning of what that's going to be for Brownwood, Texas."